Warrington schools celebrate their PE and school sport achievements for 2017

Twenty-nine Primary Schools and Priestley College were at the Halliwell Jones Stadium home of Warrington Wolves to receive their National School Games Mark for their achievements in PE and School Sport throughout 2016/17 academic year from Warrington School Sports Partnership.

Each school brought pupils form their Sports Crews to collect their award with their PE Coordinator and SLT / Governors. During the morning's celebrations, the first team were training on the pitch in the stadium.
The School Games Mark was in its 6th year at the end of the academic year 2016/17 and has continued to reward schools and other educational establishments for their commitment to and development of competition, school sport and physical education. A stepped criterion helps all institutions assess themselves across BRONZE, SILVER and GOLD levels of the award. 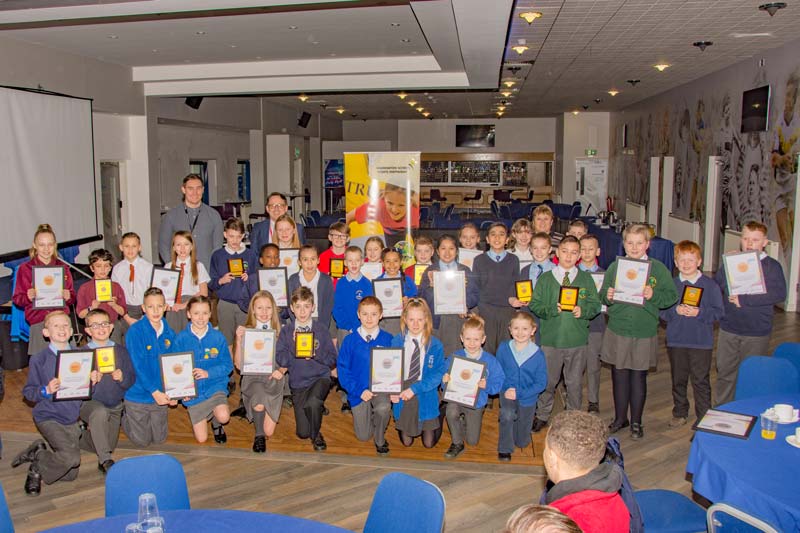 Priestley College was the only college in 2016-2017 to be externally validated for this year by SIRC. Only eleven colleges across the whole country applied for the award, 2 colleges gained bronze, 8 including Priestley College achieved silver but were very close to being awarded Gold.

New for 2016/17 was the Platinum award. This is open to those schools that had achieved School Games Mark gold for the past four consecutive years and achieved gold in 2016/17 too; as well as demonstrating their school’s achievements through case study evidence around involving their pupils in planning and delivering their competition offer

Westbrook Old Hall Primary School was one of 104 national winning schools. They also receive a special plaque to commemorate their achievement and will be entered into a draw to win a surprise presentation visit from a celebrity guest later this academic year. 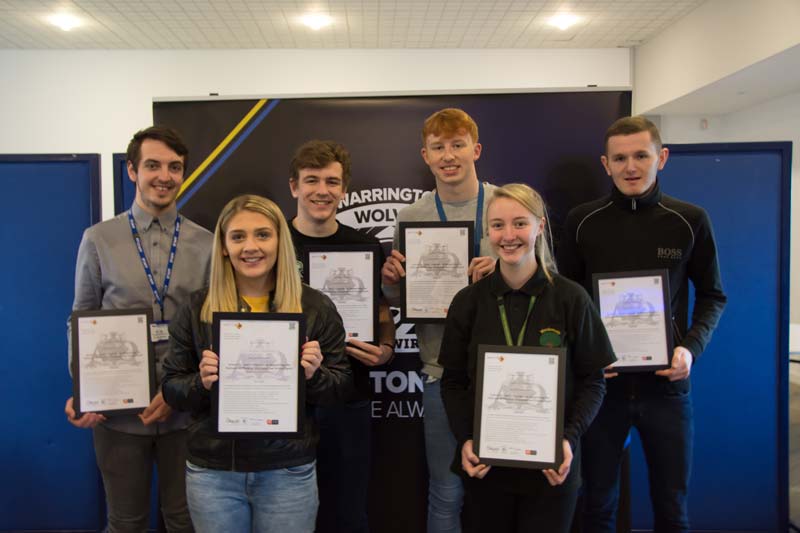 There was also acknowledgement for six apprentices from last year who were employed by Warrington Primary Schools and tutored at Priestley College on behalf of Asset Training and who have successfully passed their NVQ Level 3 in PE and School Sport. 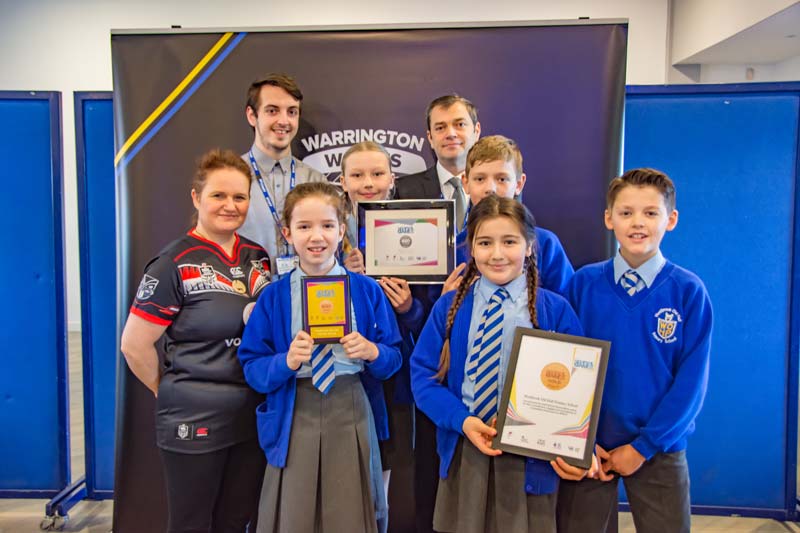